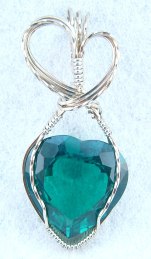 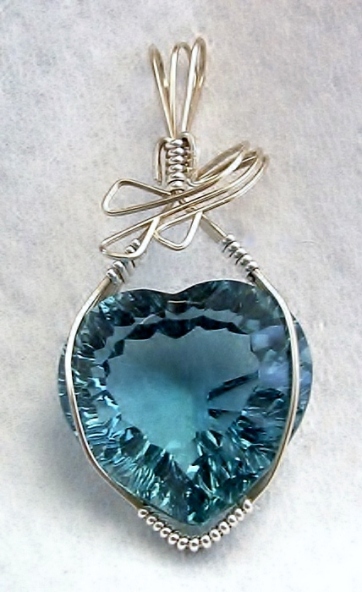 Beautiful, stunning wearable works of art available for purchase on my web-store:

Ametrine, Citrine, Emerald, Rhodochrosite, Ruby and Aquamarine jewelry, and so much more!

Get your heart on and visit my store 🙂

Ideal gift ideas for Valentine’s day, these hot off the pliers Hearts are available on my web-store at: www.wrappedtogo.net

Click here to see all of my unique and creative designs! 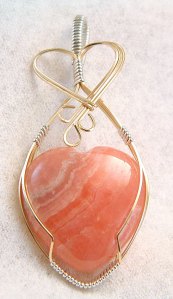 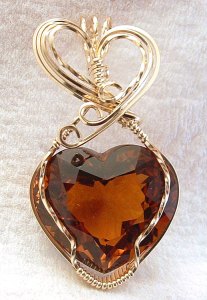 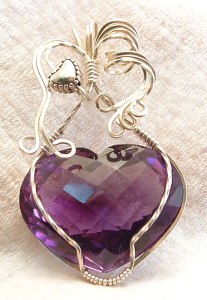 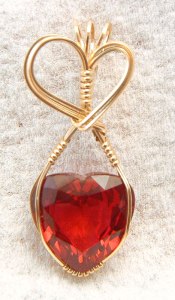 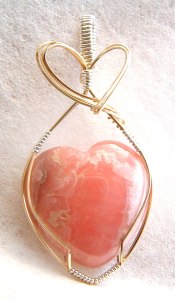 The history of Valentine’s Day — and its patron saint — is shrouded in mystery. But we do know that February has long been a month of romance. St. Valentine’s Day, as we know it today, contains vestiges of both Christian and ancient Roman tradition. So, who was Saint Valentine and how did he become associated with this ancient rite?

One legend contends that Valentine was a priest who served during the third century in Rome. When Emperor Claudius II decided that single men made better soldiers than those with wives and families, he outlawed marriage for young men — his crop of potential soldiers. Valentine, realizing the injustice of the decree, defied Claudius and continued to perform marriages for young lovers in secret. When Valentine’s actions were discovered, Claudius ordered that he be put to death.

According to one legend, Valentine actually sent the first ‘valentine’ greeting himself. While in prison, it is believed that Valentine fell in love with a young girl — who may have been his jailor’s daughter — who visited him during his confinement. Before his death, it is alleged that he wrote her a letter, which he signed ‘From your Valentine,’ an expression that is still in use today.

In Great Britain, Valentine’s Day began to be popularly celebrated around the seventeenth century.  Early ones are made of lace and paper.   By the middle of the eighteenth century, it was common for friends and lovers in all social classes to exchange small tokens of affection or handwritten notes.  Ready-made cards were an easy way for people to express their emotions in a time when direct expression of one’s feelings was discouraged.  Americans probably began exchanging hand-made valentines in the early 1700s.

To purchase your Valentine a lovely gift of handmade, one of a kind jewelry, please visit my web-site of  Wrapped to Go!